In August, I found the Quiet Car on an Amtrak train and headed down to Washington DC for another round of Red Bull Global Rallycross. Whenever I shoot a race, especially in a series that I shoot frequently, I challenge myself to concentrate on one aspect of the race and nail that shot. Of course, I still have to tell the whole visual story and get a good mix of drivers, racing, and victory photos – but I also work hard to push through cliches or perfect areas where I could use a little more technical expertise. In DC, a lot of the Ford Fiestas were shooting fire out the exhaust going around the turns, so I concentrated on getting solid shots of that. It’s tricky – the fireball only lasts a fraction of a second, and that fraction of a second might happen in between shots even in burst mode. I think I nailed it though! Full race gallery is featured on TheGarageBlog. 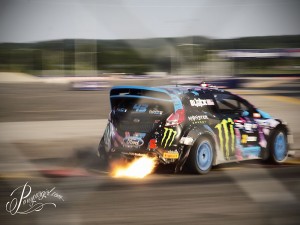 I just returned from the West Coast this past Monday for another round of GRC. Los Angeles was a long weekend with a double header – one day of practice and two days of racing. LA is in the middle of a drought so I was surprised yet happy that it was overcast for the Saturday races. Sunday I wasn’t so lucky and the sun was bright and glaring. Still – a successful three days of shooting with my favorite things: dirt, dramatic clouds, and race cars. 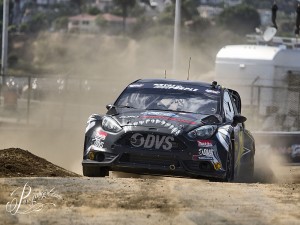